Chernobylite is a horror videogame that wants to tell the facts of Chernobyl.
I want really thanks Farm 51 and Wojciech Pazdur for this incredible and fantastic opportunity.
READ THE INTERVIEW IN ITALIAN

NerdGames: When did you think about Chernobylite for the first time? How did the idea of the game born?
Farm 51: It’s been quite a long story. In 2013 we started to work on the 3D scanning of the real locations to improve the visual fidelity of our games, and we’ve thought what would be the coolest place in the world to be accurately recreated within the video game.
We had ideas for Egyptian pyramids, Mayan architecture, ancient Roman ruins, probably because of one of our previous games, “Deadfall Adventures”, which was an Indiana-Jones-like type of adventure. However, they were all connected by the fact that in general they’re easily accessible and everybody can visit them on some holiday trip.
And we started to think about the place, that’s a kind of forbidden area, not easy to enter, scary for most of the people. Then Chernobyl won. We wanted to make it one of the locations for “Get Even,” a psycho-thriller we’ve been working on that time, but soon it appeared it’s a huge challenge to collect enough materials there and process them within the time limits we had. So we’ve scanned and re-created some small parts of the Exclusion Zone in a documentary virtual reality application called “Chernobyl VR Project,” that’s already available for most of VR devices.
It was a good move because for some necessary time we could focus on studying the history of Chernobyl catastrophe, improve the accuracy of our scanning technology and build a team with some great people from both Poland and Ukraine that made possible to work on the subject. We had to travel there more and more to learn how to work in the hostile environment on quite a unique content with not so popular techniques.
Ultimately, within “Chernobyl VR Project” we’ve created a virtual museum of the catastrophe and gathered the know-how and materials necessary to start much bigger and more ambitious project, “Chernobylite”.
And because we’ve always been into the dark, horror stories (no matter if it’s a crazy onslaught like “Painkiller” or creepy thriller as “Get Even”), then combining the setting of Chernobyl with horror and survival themes was quite a natural move.

NerdGames: During the creation of the game, you visited the real Chernobyl. Which emotion did you feel? Did you interview some local people?
Farm 51: I remember exactly the very first moment when we left the rusty, ancient soviet bus after being controlled in the military checkpoint guarding the access to the Zone. It was like “wow, I’m in the live post-apo game!” However, then we started to walk around, make pictures, talk to the guides who were the elderly guys working on the Chernobyl Nuclear Power Plant at the moment of catastrophe. Moreover, with every step and every word, it all started to change. There was no action, no mutants, no quests, just silence, sadness and the stories of the real people who suffered a lot from losing their relatives, their homes, and they happy lives. Pripyat, the ghost city, evacuated after the nuclear accident, in the 80s was one of the most modern and best places to live in the whole Soviet Union. Being quite a small city, they have well-equipped shops (not so common back in time in that region), swimming pools, amusement park and even piano rental agency. And then, one night, it was all lost.
After realizing it, we’ve decided to switch from telling the story of the place to telling the story of the people who lived there, because it was all the human-related situations that made the whole Chernobyl place so dramatic. We made many interviews with the people who suffered from catastrophe and their families, as well as with people who tried to tell these stories before. Some of these people, especially the very old villagers, came back and still live lonely in the abandoned zone, so we’ve decided that we’ll organize some charity actions to bring them goods needed for living.

NerdGames: Speaking about Chernobylite, what can you tell us about the gameplay? Did you choose a first-person or a third-person game?
Farm 51: We were always into first-person games, so there were no other ideas considered. In the past we’ve been focusing on the development of unique first-person gameplay mechanics and narrative methods that works from the perspective of player eyes. Here we wanted to use all know-how we already have, focusing on delivering even better story and gameplay instead of learning how to make a game in a new type of user experience. At the top of it, we’re doing some VR projects and we’re very interested to make possible to finally join the PC-console-VR games into the seamless experiences. Even if today it’s still hard, Resident Evil VII has proven it’s possible – when you keep the first-person perspective, so we’d like to follow this direction.
To not disclose too much about the gameplay, I can only say it’s going to be a tense, not fast-paced experience. We’re not making a run-and-gun shooter, but we keep all the action elements as the important part of building the whole experience, from the story, through the atmosphere to keep the tension.

NerdGames: Did “Get Even” help you with the creation of this game and how?
Farm 51: Yes, a lot. “Get Even” was our biggest and best project so far, but going very ambitious on connecting the new storytelling techniques and unique gameplay mechanics we made this game a bit complicated and rough on edges on the gameplay side. At some point in the development cycle, we had to decide if to cut something on the gameplay or story experience and it went at the cost of game mechanics. Then in “Chernobylite” we already know what mechanics work and what doesn’t work in this kind of experience, so we plan to balance it into the more smooth gameflow and to improve and balance the player mechanics without sacrificing the storytelling depth.
Additionally, “Get Even” was extremely mysterious (on purpose), and it was both strength and the weakness of this title when it came to marketing. We couldn’t say a lot about the game to not disclose its coolest features, so it was very intriguing for part of the audience, but many people did not understand what experience it’s all about. So we technically couldn’t establish the interest from big enough group of players to become a sales hit. With “Chernobylite” it’s totally different, because even if we don’t say a word about the story or gameplay mechanics, everybody feels what word combination “Chernobyl” + “survival” + “horror” is leading to. And even if we surprise on the story and user experience (what we want to do), the core fantasy of surviving the horror in Chernobyl is driving many people toward us and keep them involved in following us already. Our gathered social media community now, at the beginning of development, seems to be bigger than group of our supporters on the release of “Get Even”.

NerdGames: The videogame industry is rasing in Poland, I think about you and CD Projekt Red, for example. In your opinion, which are the causes of this success?
Farm 51: I believe it’s our national mix of craziness and common sense. Poland is located on the border of Eastern and Western civilizations, from the former we take ambitions, bravery and will to fight for our dreams, and from the latter, we borrow the business, social and technology experience. All bigger Polish gamedev companies that I know have been started by the guys who sometimes tended to be more brave than reasonable at the beginning, but who learnt how to run responsible businesses and keep dreaming after exploring and surviving in the hard world of this industry.

NerdGames: What can you tell us about the release of the game and the platform(s)?
Farm 51: We want to release “Chernobylite” on as many platforms as possible, but being the relatively small indie team we can’t address them all at the one time. We definitely aim at PC plus consoles, and we hope to expand it to VR experience as well, but it’s still too early to tell the release plans today.

NerdGames: Can you tell us if Chernobylite will be at E3?
Farm 51: No, we had to choose if to go to E3 or to Chernobyl Exclusion Zone in June, and because there was a conflict in dates, we’ve chosen… However, seriously speaking, we’ll be in Chernobyl then, not because of not willing to go to E3, but because we’ve planned before it’s a bit too early for us to go for such a big event yet with the actual project phase.
We plan to release the gameplay trailer and other cool in-game and behind-the-scene materials within next months. Many people (including you) are asking us constantly how it is to work on the game by travelling to Chernobyl, so we want to show the process in the series of crazy movie materials we’ve already gathered and we’ll be gathering in the next trips. 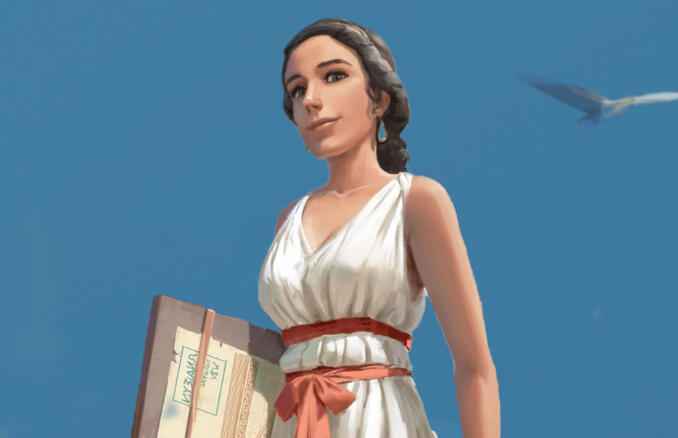 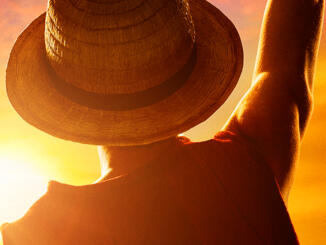 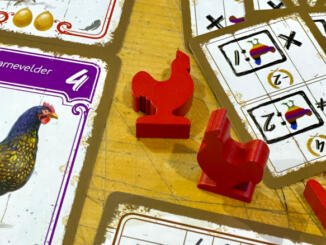 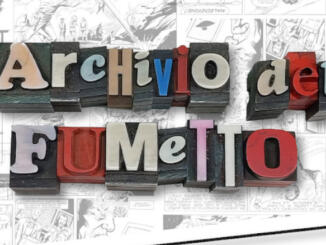 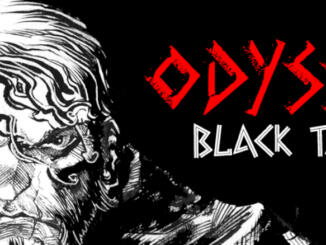 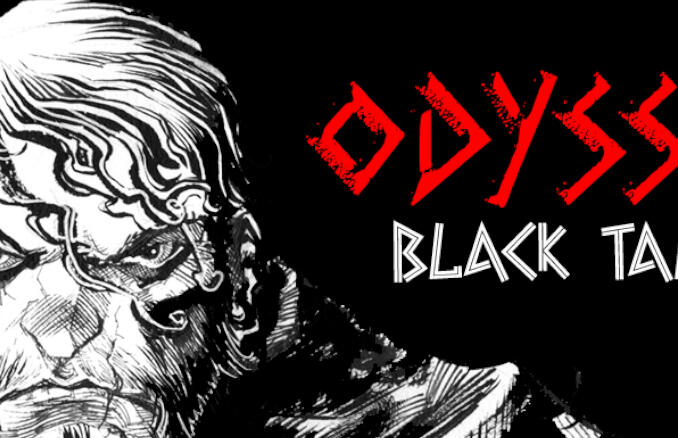 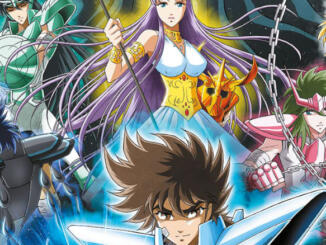 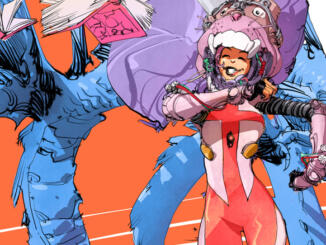 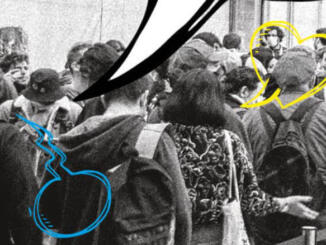 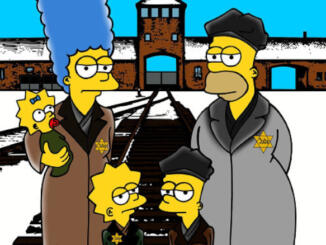